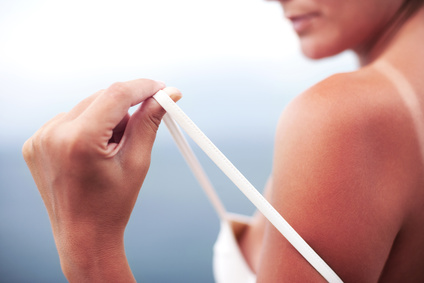 The Safety Of Titanium Dioxide Is Revealed

Clarity on Titanium Dioxide and it's safety in the midst of a torrent of misinformation and scare tactics has finally been assessed.  However, inaccuracies and disinformation continue to be spread by many, all on the basis of sensationalism or what might suit a certain agenda at the time.

To clear up confusion, the EPA has provided in a final report based on research of Titanium Dioxide used in mineral makeup products and other sunscreens, a game changer in revealing the accuracy or inaccuracy of certain claims that accompany Titanium Dioxide, whether good or bad.

The EPA has stated Titanium Dioxide or TiO2 (sub micron) is very safe based on the science presented when applied to the skin, and has even alleviated the concern over possible inhalation into the lungs.

Unfortunately, the basis for the inhalation argument is if one were to go around sucking up their powders similar to the forced inhalation imposed on rats and mice in some of these studies.  This of which would be highly unlikely, so this mitigates the harm since we wouldn't do this under any circumstance.

Most of our customers have learned through the use of our mineral makeup tutorials, a moist application method further removes this very small risk factor to nearly "zero."  Technique makes a world of difference when using mineral makeup products.

There are those, no matter the solid scientific evidence provided, will refuse to accept this since it is not their eternal mantra of "everything we place on our skin is absorbed into it".  So no matter the science, some will still attempt to refute it since their primary marketing is in the "negative" rather than reporting the "positive" aspects of a certain ingredient.  The eternal naysayer has a different mindset and we must follow the science and not the rhetoric used in marketing "natural" or "organic" skincare or mineral makeup products.

The Summary Of The Science From The EPA On Titanium Dioxide

The final EPA Report is on the effects of TiO2 (Titanium Dioxide) in drinking water and in sunscreens and it is dated November 2010.  The EPA delve further into refining TiO2 in terms of identifiers within the study as nano-TiO2 and conventional TiO2.  They further establish the nanometers between ultra fine and nano, but the entire study is dedicated to TiO2 in all particulate sizes.

There seems to be refined differences as they interact with the environment, oral, inhalation and dermal.  All makes for interesting reading, but for the purposes of other articles we provide which you can see in the links below, the information which is most crucial and has had many women asking the question, is in relation to the safe use of titanium dioxide in mineral makeup or skincare products.

The information is most telling when dealing with dermal exposure and possible inhalation, depending on application technique of the powders.  Surface treatments also played a huge role in how this ingredient reacts in the environment and in relation to uptake within the blood brain barrier.  For example; rutile vs anatase, coated vs uncoated, or if penetration enhancers were used, and many of the studies in determination were done with injection and oral.

Furthermore, the EPA makes it clear there are still unknowns in some aspects of the research, yet make it very clear that animal studies do not extrapolate to human ones.  To date there are very limited studies done in relation to humans, especially those in relation to dermal exposure, and they concede that mice or rat skin is much thinner than human skin.  They followed research provided by the EU and it is provided within the report.

The EPA further clarifies "dose" is the regulator to risk and hazard with this ingredient.  Which this is the stance not adopted by many on the other side of this debate, feeling that any amount, no matter how miniscule, is hazardous.  Analytical methods are also crucial for final analysis since distinctions are rarely made on sites as EWG or the CFSC and they define all ingredient listings in terms of HAZARD instead of RISK, and for sake of argument, is not practical. 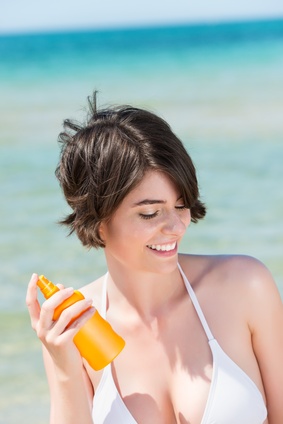 Shown by example in the report, in general, anatase nano-TiO2 (Titanium Dioxide) is more photocatalytic than the rutile form, and nanoscale rutile is less photoreactive than either anatase and rutile mixtures or anatase alone.  Dermal uptake of nano-TiO2 is particularly relevant for sunscreens containing nano-TiO2, and both human and animal studies are available.  These studies predominantly indicate that nano-TiO2 does not penetrate beyond the stratum corneum or hair follicles into living cells of healthy skin.

In a study comparing psoriatic and healthy skin, nano-TiO2 (Titanium Dioxide) in a sunscreen formulation penetrated into deeper areas of the stratum corneum of psoriatic skin, but still did not reach living cells.  No studies have been identified that evaluated nano-TiO2 penetration in damaged skin (e.g., from sunburn), although preliminary results indicate greater penetration of quantum dots and nano-silver in damaged skin compared to healthy skin.  The extent and duration of nano-TiO2 accumulation on the skin via reapplication of sunscreen and the ultimate fate of nano-TiO2 from sloughed skin cells are both open questions at this time.

UPDATED FOLLOW UP: The European Union has also weighed in on this study producing their own analysis as recent as July 2013.  They have found similarly to the EPA Report with additional findings in the "positive" aspect for Titanium Dioxide.  However, they do show concern for spray (aerosol) application due to inhalation.  You can see their statements in conclusion to their findings on Page 100 of 111 pages total and the link to the study is also below.

Be Confident With Using Our Mineral Makeup Products

In terms of usage in our mineral makeup, we are satisfied with the report that there is little concern over blood brain barrier exposure through dermal contact.  Inhalation is also not being a sole issue for exposure due to varying particulate sizes tested.

It is clearly shown with particulate size increased, exposure becomes of little concern in this context, and with the use of standard Micron sized Titanium Dioxide in our mineral makeup products, any concern should finally be alleviated based on the science conducted on sub micron particles with the EPA Report.

To answer the question: We do not use nano scale sized particles at all, and only Rutile form of Titanium Dioxide in all our mineral makeup formulas.

With this science data, we sincerely hope that if you were among those that were on the fence over this issue and dealing with lingering confusion, this has assisted you in your decision making in selecting future sunscreens and / or mineral makeup for you and your family.

If it is and always remains a safety issue when seeking the best safe component of Titanium Dioxide, then only purchase sunscreen using "Rutile" form and avoid others including those that spray on or are using nano scale particles within their formulas.

Opinion Of The Scientific Committee On Consumer Safety In The EU You can go to page 102 for summary of conclusion in the interest of time.

Does Your Mineral Makeup Contain Micronized Or Nano Sized Particles?

Are Titanium Dioxide Or Zinc Oxide Minerals Or Chemicals?

Part 2: Does Titanium Dioxide Cause Free Radical Damage To Skin?