Bismuth Oxychloride Caused Itching, When Will It Stop? 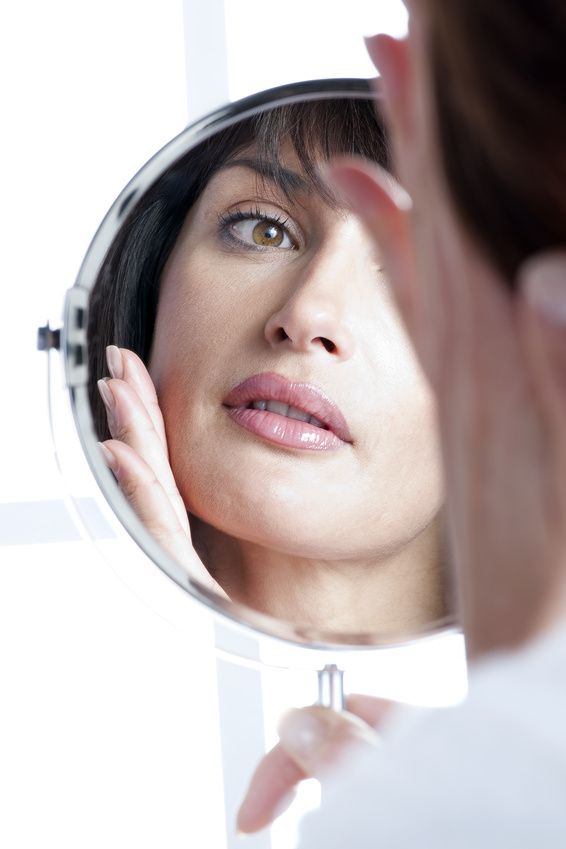 Many women have written to us about the angst and problems surrounding the past use of Bismuth Oxychloride found in their mineral makeup products.  Even though they have stopped using this ingredient, which included switching to our mineral makeup, some are still experiencing some slight itching, although nothing like before, yet are concerned with what is happening with their face and whether or not they will ever recover.

Due to the heavy nature of bismuth oxychloride, it requires intense buffing action of the minerals to keep them from sliding off the face.  It is this same buffing action which also has ground this mineral into the pores of the skin and unfortunately exacerbates acne and creates irritation.  For some women the itching stops with the first washing of the skin, yet for others it is ongoing even after they have discontinued wearing all types of mineral makeup.  This includes still having a reaction after they perspire as though they were still wearing the bismuth oxychloride on their face.

Depending on how long the mineral makeup containing this ingredient was used, it could take up to several months for the tiny particles to be completely expelled from the skin.  Similar to an acne cycle which also can take up to several months to clear from the onset of the beginning of the plugged pore, to pimple, to cystic, to drying up, to healed.  Things we do to our faces can show up and last for weeks to come.

We have also identified similar problems with dry, itchy, scaly eyelids since bismuth oxychloride can be found in a multitude of eyeshadow products.

Our mineral makeup is quite soothing and in most cases can soothe the itching that was associated with irritated skin, but one thing is, don't confuse the two types of itchy sensations.

If the itching is slight, this can be normal and a sign the skin is beginning to heal, much in the same way when a pimple is forming and when acne begins to clear.

The difference is, the type of itching associated with mineral makeup containing bismuth oxychloride is intense, not here and there, but ongoing extensive itching and continues until the minerals are removed.

So if you have switched away from mineral makeup containing bismuth oxychloride to ours, then be patient and realize that an itch here and there, especially on areas around the nose and on the forehead can be expected while allowing the skin to recover from using this ingredient in the past.  And if the itching is still intense, then unfortunately it may require some healing time for complete expulsion of the tiny bismuth oxychloride particles that are trapped within the pores.  In the meantime, avoid buffing as usual at all costs and only use our press and sweep application along with our wonderful Moist Method will further help to reduce this problem and treat delicate facial tissues gently.  Remember, the same thing can be said about abuse of the skin with abrasive scrubs, rough washcloths, over cleansing or the use of drying, irritating ingredients like Retin A.

Treat the skin and face delicately and the itching associated with healing will also disappear over time with ongoing gentle treatment of the face and skin.  Also try to avoid scratching since this further irritates the skin, creating more itchiness, which then you get into a vicious cycle of healing itch, scratch, itch, healing itch, scratch, etc.

And after all of this, then you'll want to try to reduce the anxiety surrounding this ingredient since a psychological reaction of itchy skin can also occur.  Trust us, it will get better over time and in all likelihood the skin will clear completely with no residual effects.