Does Your Mineral Makeup Foundation Cake On The Face? 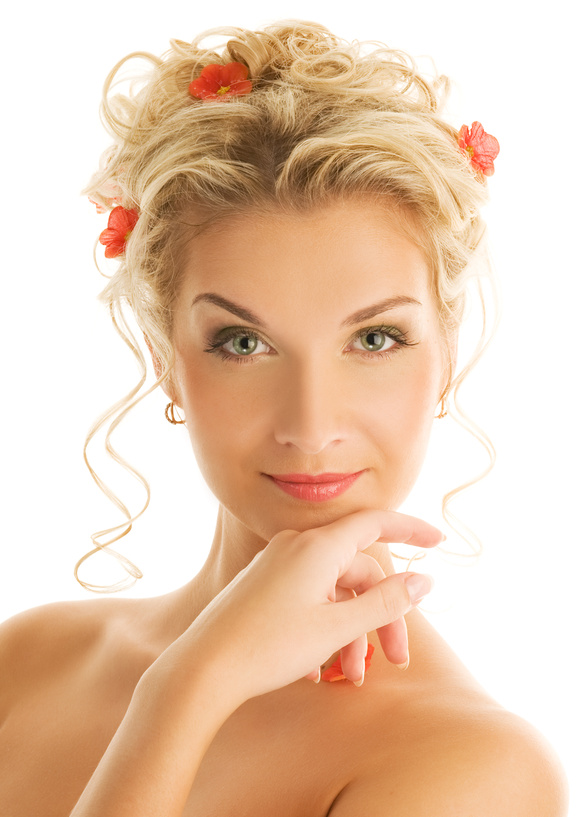 Our mineral makeup products will absolutely never cake on your face! Due to the composition of our mineral makeup foundation, they simply won't creep or glop on the skin.  Women with mature skin especially, don't need makeup that contributes to aging the face by showing fine lines highlighted by minerals that shift or creep into those lines.

Many women we hear from have described other mineral makeup formulations which are heavy with Mica and / or Bismuth Oxychloride as being a strong contributing factor to that caked, fake look as though they are still wearing a mask.  Also the frustration which comes from having to buff excessively if you happen to get too much on at once which can result in causing undue irritation to delicate skin.

Katherine (owner) and her staff have purposely tried to cake the mineral powders on their faces, piling them on layer after layer and though the coverage gets heavy, they would not cake no matter how deliberate they all tried to be.

Showing By Example With The Science

Katherine produced a video with notations, showing this very example by loading her brush and placing thick patches of mineral makeup all over her face.  She also did this to show that some of the over inflated claims that relate to safety of using minerals was a lot of hype and scare tactics put out by those that don't understand how some mineral makeup is created, including whether or not they are using nano scale minerals in their formulas since there is a difference.

In 2010, Dr. Oz provided two guests on his show, one of them happened to be Paula Begoun and the other was a physician.

Unfortunately, an opinion offered by a competitor in the beauty industry that does not manufacture mineral makeup could be considered suspect on her ability to remain unbiased.

Interestingly enough, Paula Begoun also use to claim rice starch used in mineral makeup caused acne since food grade starches feed the acne on our face in her opinion.  She has since removed this false claim from her site, yet it remains forever in print in some of her beauty books, and old articles and forums throughout the internet.  Her opinions about many ingredients have also changed over the years, especially once she began formulating her own line of beauty products.

The guest physician can only be viewed as just another physician, (plastic surgeon) who also knows nothing about cosmetic ingredient chemistry and should not have been making proclamations of harm by parroting nothing more than complete pseudo science purported by NGO's.  Sadly, this episode was just about scaring women unnecessarily and did not provide a single shred of scientific evidence.  Science can only be relevant when it is supported by peer reviewed studies whether it is in a negative or positive context.

The founder of Bare Minerals, and since retired in 2016 as advisor to Shiseido, Leslie Blodgett also responded negatively to the false claims made on the show and proclaimed the safety of mineral makeup.

Understanding more about micronized minerals is vital in order to know that you are doing something good for your skin and mineral makeup is still today, the safest form of makeup you can use on your skin.

More importantly, when using our moist method of application it further reduces any purported risk that some wish to claim.  The main minerals used are non occlusive by nature, they will not get absorbed by the skin, additional filler ingredients can have added benefit to skin, and minerals will help provide protection against broad spectrum UV rays.